I bought a “100W Temperature Controlled Soldering Pot” and decided to write a review about it. 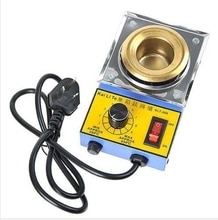 Unboxing:
The box doesn’t contain much. Only the soldering pot and a Chinese manual.

The next thing to do is to open it up and see if it is safe enough to plug in to the mains.

After cutting the too long wires down to size I decided to take a closer look at the pcb. Then I saw that it was not temperature controlled like the dx site claims. The power to the heater is controlled, but there is no feedback. I made a circuit of it to proof it.

First I have made some good pictures of the pcb: 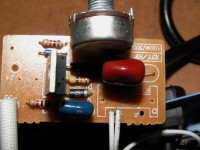 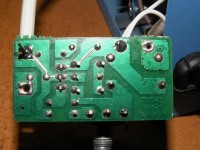 Then I placed the 2 pictures on top of each other and made the top one transparent: 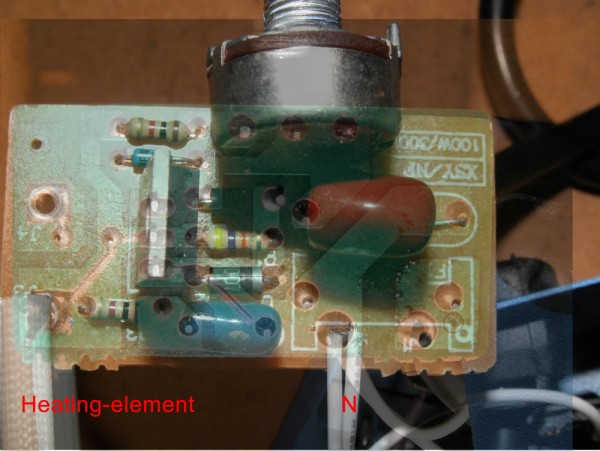 Now it is easy to derive a circuit diagram from this.

Conclusion:
There is not enough space between the pcb and the enclosure, especially because it is made of metal, luckily it is grounded. The wires are cut too long.
The pcb looks like its soldered very good, I didn’t expect this with something this cheap.

Tinning Some Wire And PCB:

I’ve put the thermocouple from my multimeter in it. In the lowest range of the soldering pot it should be arround 200°C and I measure 279°C. If it was really temperature controlled like dx claims then the difference would be too big. Because the power is controlled this could be expected. 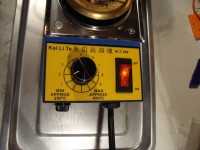 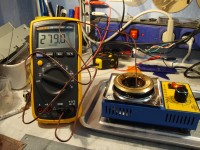 It is a pity that it is not really temperature controlled, but for the money you pay for it, it was to be expected. But this doesn’t really makes it work bad. If you use flux or soldering grease then the wires tin very easy.
So I think it is a good buy :). But keep in mind you still need to buy/have enough solder to put in it. You can use normal solder, but then its going to smoke a lot at first.